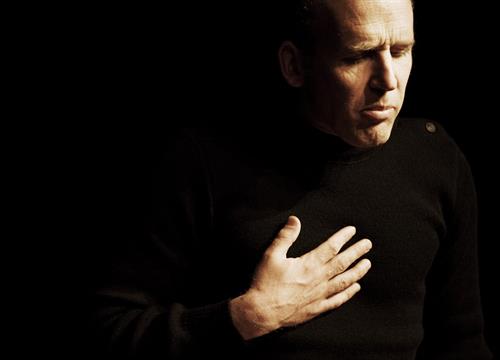 Irish actor Conor Lovett is truly in a league of his own, which is fitting for someone who performs all by himself on a barebones stage. Absent any artifice, the audience is left to behold the bold, emotional weight he brings to these transformational and transcendent interpretations. Gare St Lazare Ireland will present two of their finest adaptations: Herman Melville’s “Moby Dick” and “The Samuel Beckett Trilogy.”

THE BECKETT TRILOGY:
(Thursday, October 10, 7:30 p.m.)
Conor Lovett is widely considered to be the preeminent Beckett interpreter alive today, and nobody will question that reputation after experiencing this work. Adapting three novels Beckett penned simultaneously with the pivotal “Waiting For Godot,” the performance is absolutely riveting. He brings the words to life as if they were his own, delivering a veritable master class in self-deprecation, dark humor, and defiant hopefulness.

MOBY DICK:
(Friday, October 11, 7:30 p.m.)
In Lovett’s interpretation of “Moby Dick,” you taste the saltwater, and you feel Captain Ahab’s rage, fear, and maniacal fixation in your bones. Lovett distills the genius of Melville’s prose and presents it with deliberation, focus, humor, and constraint, leaving you feeling as if you have you have lived this tragic tale.